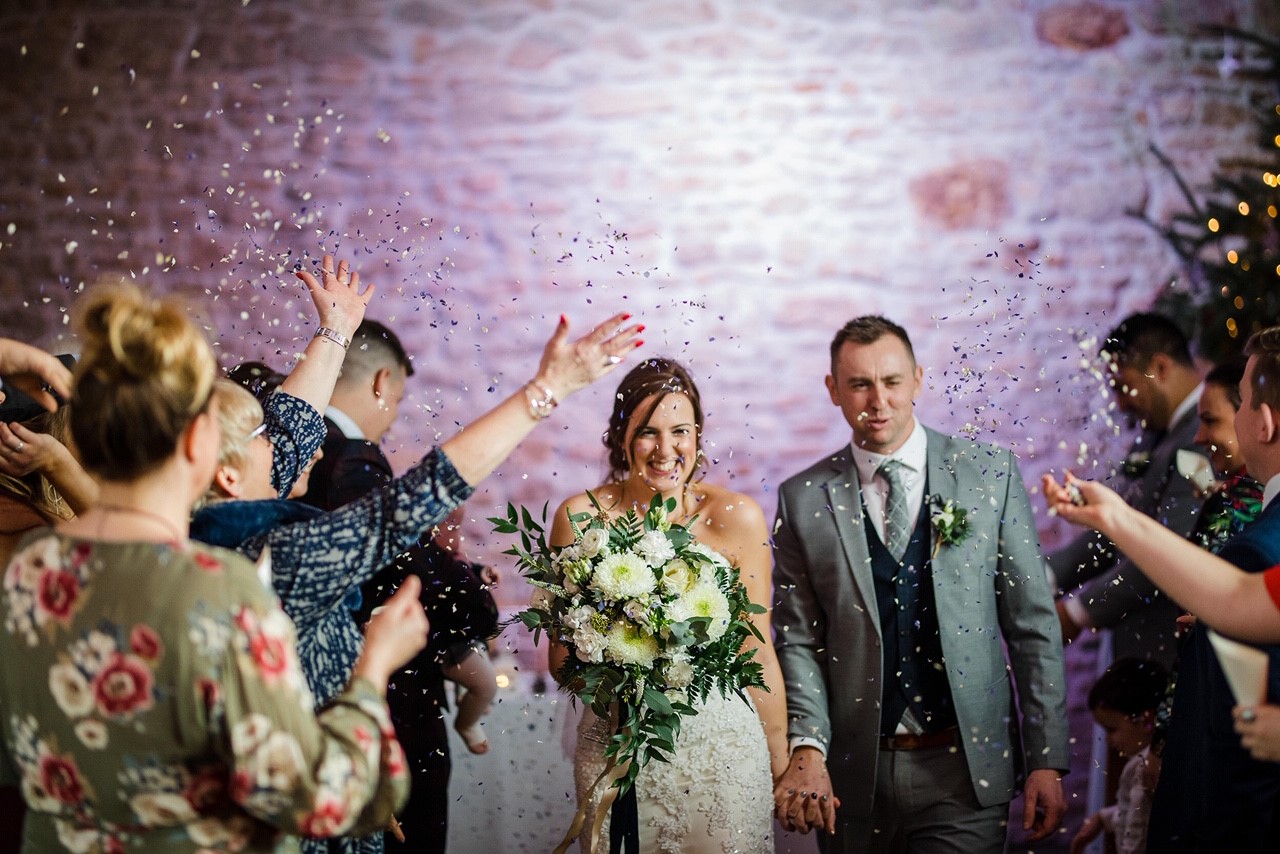 Date of Wedding: 02/01/2019
Photographer: Sky Photography
Style or Theme: We didn’t really have a theme or style. Our colour scheme was grey & navy blue. We just used what we liked, a lot was homemade by us.

We met when in Auckland airport after I had just landed from London. I was visiting a friend in New Zealand, who also happened to be a friend of Cole’s. He came with her to pick me up from the airport and he spent a week with us over New Years 2016. Cole was living in Australia at the time so was just back in New Zealand over Christmas/New Year to see family. We hit it off straight away and after our week together was over, I booked a flight to go and visit him in Australia for 2 weeks. I arrived back in the UK at the end of February and 2 weeks later Cole came to visit me for a month. The rest they say.. is history. 6 months later, in October 2016, I moved to NZ.

Cole proposed to me in New Zealand in a place called Raglan. At a waterfall, aptly named “Bridal Veil Falls”. It was a complete surprise!

My dress was from a designer in Auckland, called Kellylin Couture. It was the first bridal shop I went to and even though I was pretty sure of the kind of dress I wanted, I tried on quite a lot of dresses in there, all styles and shapes. Even some I truly did not think would suit me or would be what I wanted – I was expecting to choose a princess dress, that had sleeves. I chose the complete opposite; strapless, fit and flare.

We struggled with picking a first dance – our song is “Shut up and Dance” by walk the moon but as it’s very upbeat we thought we couldn’t have that. We wanted a song that meant something to us and eventually remembered that 2 new year’s eves ago we stayed in and watched hootenanny on the telly, Jessie Ware sang a song called “Alone” which we danced together to in our living room. We decided to go with this song and whilst it played on the iPad – the band had learnt “shut up and Dance” so could come in straight after our first dance with that song – it was great for keeping everyone on the dance floor and getting the night going!

What was your inspiration/theme for the big day?

I don’t think we really had an inspiration or theme, it was loosely based around our colour scheme which was grey and navy. We wanted it to look natural and a few of our bits were handmade.

Why did you choose Dodford Manor?

We chose Dodford Manor barn wedding venue as we just loved it as soon as we saw it. Which was via FaceTime with my Mum the first time!! It’s hard not to fall in love with it.

Wedding ideas and your wedding day:

Our ceremony was perfect 🥰
Walking down the aisle music – “I Get To Love You” by Ruelle
Readings – one was called “A Vow” by Wendy Cope read by my cousin and the other was called “Time Travellers” by Terah Cox and was read by Cole’s sister Kylie.

For the rest of the decorations – we used lots of candles and fairy lights. For the tables in the Oak Barn wedding breakfast we had log slices with candelabras on with a few flowers and eucalyptus draped round them. Our place names were named after our favourite places in the UK and New Zealand and we had photos of each and made a frame for them all for the tables. We used pine cones which I added glitter to, for the individual name cardholders. I also hand wrote everyone’s names. Our table plan was also handmade by us and is one of my favourite things from the day.

Our friend Kate, made our beautiful wedding cake for us and the flowers we used for decoration ( and the bouquets) were by JulieAnna Flowers.

Your wedding feast – what’s on the menu?

Main – Roast Loin of Pork with a Sage and Pine Nut stuffing wrapped in streaky bacon, with plum and apple jus served with a love heart fondant potato and seasonal vegetables.

Your favourite moment of the day?

”Walking up the aisle with my Dad and seeing Cole waiting for me.

A word of advice for future couples?

Take in every moment and just enjoy yourselves. You’ve done the hard work so now just enjoy it; it doesn’t matter if something goes wrong on the day, only you will know!!!

Can you sum up your day in just 3 words?

Please click here to view a full directory of our fabulous wedding suppliers.